Every musical subgenre has its leaders and legends, no doubt. What The Misfits mean to horror-punk, or Metallica to thrash, roughly translates as to how KoЯn fits among the nu-metal giants. They belong in the upper echelon to their specific niche. With over 25 years in the biz and soon-to-be thirteen albums to their name, the Jonathan Davis-led quintet took to the road for a summer tour with friends, Alice In Chains, Underøath, and Ho99o9. Stopping by the City of Atlanta, the aforementioned three outfits did their mighty best to ramp up the atmosphere during their opening duties. Nonetheless, it was KoЯn that created the hype. It was KoЯn for which fans waited hours and hours to witness — and the band repaid that patience with one of the most dynamic and engaging shows of the year.

A KoЯn shindig is not for the faint of heart or for casual fans looking to simply chill with some live music, not even close. The raw energy that zigzags the venue is intoxicating and addictive; the Bakersfield gang are masters of their craft. Furthermore, yes, KoЯn is one band, however, their show is akin to observing five gigs at once. Each and every member has their own shtick; all enthralling in their own right.

The highlights and gimmicks throughout the night are plentiful. Leader J.D. runs a pretty tight ship. From the presence of his iconic mic stand to his booming growls and some superior bagpipe skills, Jonathan Davis looks ever in control and enjoying his time on the stage.  Drummer Ray Luzier manhandles one heck of a sick drum kit, both literally and aesthetically, like a champion. String maestros Brian “Head” Welch, Reginald “Fieldy” Arvizu, and James “Munky” Shaffer all contribute badassery to no end and each carry themselves with plenty of rockstar flair when performing. Like previously stated, 5 shows in 1.

Overall, KoЯn’s showmanship has aged like fine wine. It was back in 1993-94 when the California rockers made their initial splash on the scene and made their first impressions with what would become an incredibly loyal fan base, and they have yet to lose that oomph in their step. KoЯn simply kicks ass, for lack of a better term. A KoЯn blowout is worthy of the hype, worthy of the time invested, worthy of every penny spent, and worthy of every individual singalong, crowd surf or mosh pit created. It is quite rare to hold clout decades into a career the way KoЯn has managed. It is admirable, it is pretty fucking cool, it is testament to their musical talents and their show-running finesse. Straightforwardly, KoЯn is a cannot miss act. Seriously, given the chance, make your way to your local venue and witness these legends at work. You can thank us later. 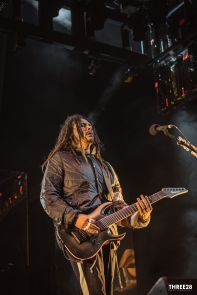 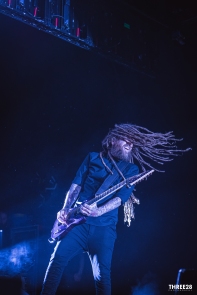 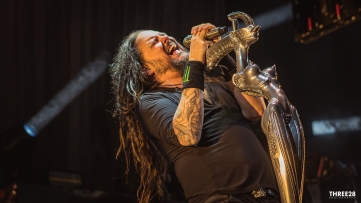 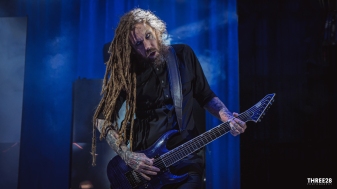 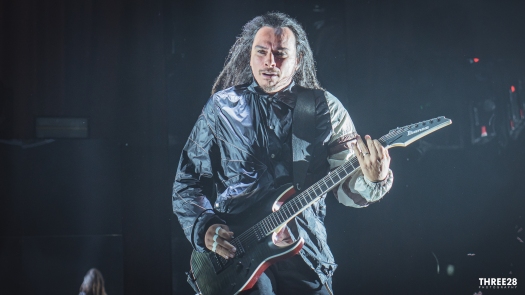