Fifteen years, man. How time flies! Alas, the boys of Sum 41 are celebrating the fifteenth anniversary of releasing their acclaimed sophomore LP, Does This Look Infected? with a all-out 21-city, 1-month tour. This time around, their sights were set on the chic Buckhead Theatre in beautiful Atlanta. Of course, pandemonium ensued.

The stage is set for a 9:30 in the evening start. The crowd is pumped, downright hyped for what everyone knows will be a blazing time. Now, be warned, this review cannot and will not be able to fully describe a Sum 41 concert. It’s impossible, but just know, it’s fucking insanity, it’s worth every penny you pay. The props are all over the place. Balloons? Yes. Confetti and smoke cannons? Obviously. Incredible lighting? Duh! What about a giant inflatable skeleton holding up a 4 on one hand and a middle finger 1 on the other? You’re goddamn right!

Now, with all the bells and whistles in place, it’s time for Deryck Whibley and his mates to musically crack skulls and drop jaws. Celebrating the anniversary of DTLI?, we all knew they would go on to perform the album in its entirety, what we didn’t know was in what song order, and what additional goodies the Canadian quintet would throw our way.

Among the night’s highlights were the cast of Sum 41 covering not 1, not 2, but 3 titans of rock. Yes! The troupe took time to throw down covers of Queen‘s “We Will Rock You,” Metallica‘s “Enter Sandman,” and Pink Floyd‘s “Another Brick In The Wall,” and just for good measure, a Frank Zummo drum solo paying tribute to Linkin Park and their late front-man Chester Bennington, and, of course, the Does This Look Infected? record in shuffle mode. After a brief “goodbye,” the gang makes it back to the dais for a 3-song encore that culminates in a bedlam of mosh-pits and crowd-surfing to anthem “Fat Lip.” Seemed like a perfect ending to a perfect night.

The Sum 41 chaps are a can’t-miss act. Their pageantry is pure gold! It’s a raging time very few can measure up to. Their on-stage presence is engaging and they seem to honestly enjoy their fans’ company. Fifteen years, man! How crazy is that? In the end, here’s to another fifteen, Sum 41. Your followers are not going anywhere anytime soon. Cheers! 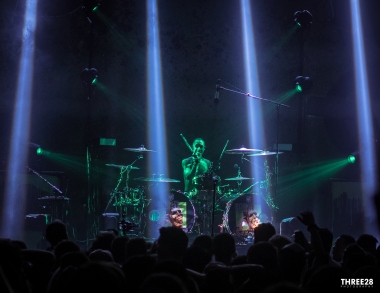 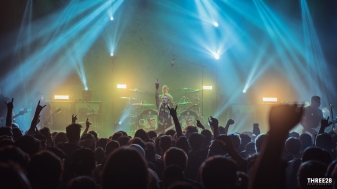 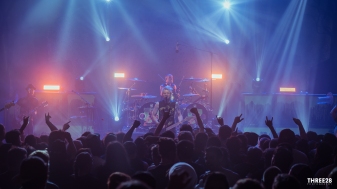