Atlanta dressed of dark rock-n-roll undertones as Massachusetts outfit, Godsmack, came into town to lay down the law. With thousands of fanatics in tow, the Sully Erna-led quartet took advantage of this evening to showcase some serious star caliber, a few cool props, and tunage off their new LP, When Legends Rise. Long story short, A-town was treated to some top quality showmanship and some pretty badass bangers.

On stage, the chaps of Godsmack are of the wild variety. The rock-star idiosyncrasies come by the tons. Erna, dressed in all black, seems enamored with the idea of the spotlight. Navigating the deck left to right and front to back, the front-man is of an engaging  nature — and his faithful seem to love that scenario. For his part, drummer Shannon Larkin is a dynamo on the cymbals and toms — just a fucking monster. Sporting a Ramones tee, Larkin is a wizard at channeling his vivacity into eardrum bursting energy. By comparison, bassist Robbie Merrill and guitarist Tony Rombola are rather tame in the antics department, but their strings ring loud and hard to bring extra oomph to each passing tune.

Additionally, the gang is handsomely aided by an extensive dais-wide graphics backdrop, fire-shooting cannons, and a ridiculously bright bundle of strobes and lasers. For roughly 75 minutes, the foursome treated their base to 13 anthems; that ranged from new LP singles, to classic Godsmack tracks, and even a AC/DC “Highway to Hell” cover.

Like many big-name outfits, Godsmack hands over one heck of a spectacle. However, the lads tackle the assignment with a sense of badassery and a touch of humbleness. Seemingly as still having something to prove. As a fan, finding that sense of modesty is rare among artists of this grand a scale. Bottom line is Godsmack has delivered seven albums to date and haul around over 20 years in the biz; nonetheless, on that stage, the boys play their hearts out and do it with the joy of a kid at a candy store. And that’s pretty fucking special. Cheers. 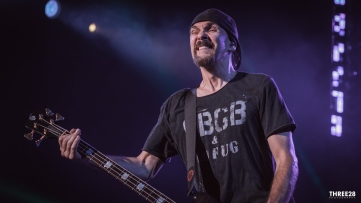 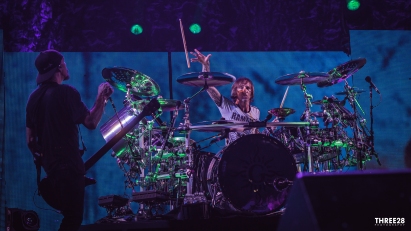 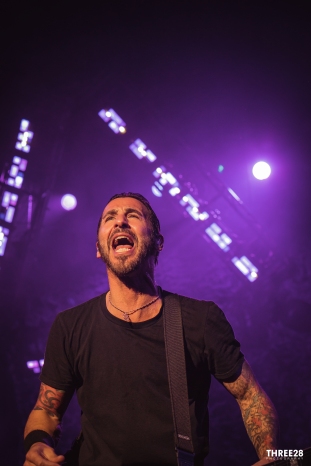 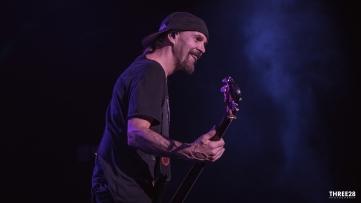