Mr. Wiz Khalifa and the Rae Sremmurd brothers took over Atlanta on their Dazed and Blazed Co-Headlining Tour. Fair warning, these acts truly live up to that journey motto. Generally speaking, this was an evening of hip-hop bangers, crazy shenanigans, guest appearances, and a joint or two — or hundreds and hundreds of them.

The Cellairis Amphitheatre appears packed when the Tupelo, Mississippi siblings, Rae Sremmurd, come front and center. Slender dynamos in eye-catching colorful attire and modern hairdos. The stage boasts a tropical motif with makeshift palm trees, a cabana, and beach-associated hues. As show-runners, Slim Jxmmi and Swae Lee are complimentary  mad-men within their collective style. Running far and wide, back and forth through the deck, or jumping into the crowd to create chaos, this duo is bonkers and lit. Additionally, in honor of the Dazed and Blazed mantra of this trek, a shirtless and tatted Slim Jxmmi lights up a blunt, puffs, rhymes, and offers to share with those front row fans. Naturally, zaniness takes over. For roughly 70 minutes, the A-Town faithful were treated to an energetic, lifted, and trap-riddled heck of a time. With the audience riding high and warmed up, the Sremmurd pair bid adios — let the countdown to Wiz Khalifa begin.

While this show was advertised as a co-headlining gig, everyone in the house knew Wiz Khalifa was the main draw. The lights dim and heavy loads of smoke cover the dais. To the far back and center, two metallic doors (resembling a mansion entry gate) sport the letters ‘W’ and ‘K.’ Seconds later, the gate lights up and pops open, Wiz Khalifa has entered the building. Decked in jogging pants, backwards cap, plain white tee, and heavy bling, Khalifa is ready to go to work.

The evening is bumping and Khalifa is on his A-game. Spitting lyrics, broad smiles, and busting a dance are favorite Khalifa to-go moves. However, the pageantry is much, much more. Guest buddies Lil Skies, Chevy Woods, and Rae Sremmurd all make mind-blowing cameos. However, there seemed like one missing element. No Wiz Khalifa party is devoid of weed — and the man inhaled like a champion. Moreover, inflatable joints were flung onto the masses for a game of pass-the-blunt. Of course, the overall atmosphere is tight, the lights are blasting, and the anthems kick some ass. All in all, Wiz Khalifa put on a fucking frantically fun time.

In the end, the crowd went cuckoo for both Wiz and Rae. The night played as a passing-of-the-torch event with veteran Wiz Khalifa mentoring young-guns Rae Sremmurd — who seem poised to take over the game. Again, this was an evening of hip-hop bangers, crazy shenanigans, guest appearances, and a joint or two — or hundreds and hundreds of them. A motherfucking spectacle worth every last penny. Cheers! 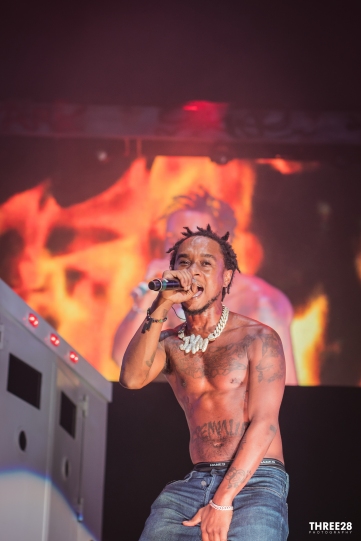 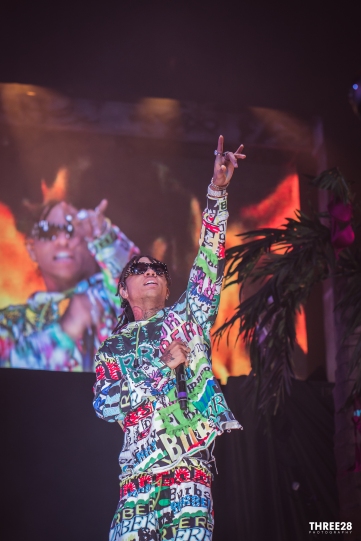 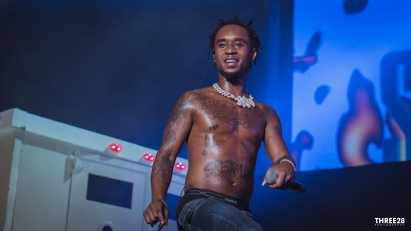 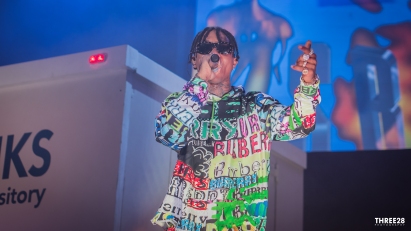 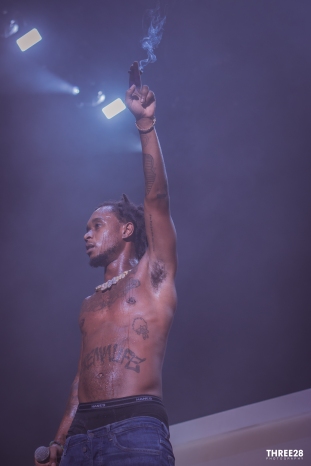 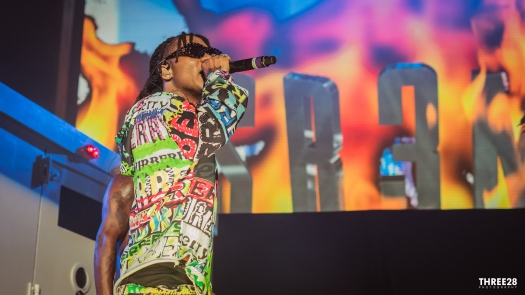 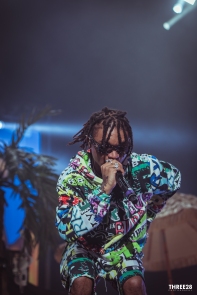 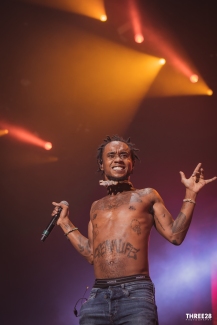 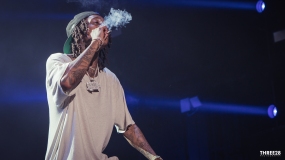 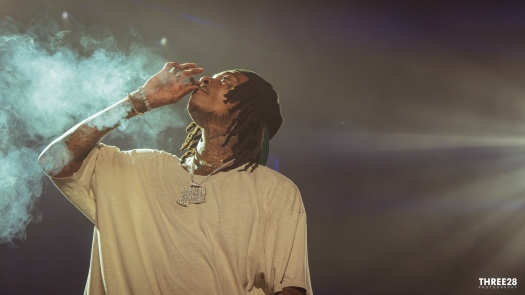 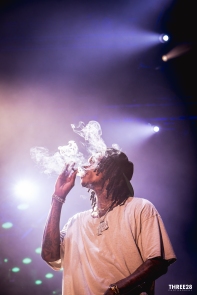