Synth-pop reigned supreme at beautiful Atlanta venue, The Tabernacle. At the helm of this indietronica takeover was Scottish outfit, CHVRCHES, and their charming commander, Lauren Eve Mayberry. Playing to a sold-out house, Mayberry and her mates dazzled their faithful with a fresh blend of wavy electronic melodies, a sick array of strobes, visually pleasing stage decor, and, of course, Ms. CHVRCHES herself, Lauren Mayberry’s scintillating vocal work and showmanship.

Decked in a pink crop-top, warrior-like eye maquillage, and monster boots, Mayberry is a joy to witness. Constantly gallivanting across the lines between badass leading lady and twirling happy-go-lucky dudette, Ms. Lauren is in complete control — and the crowd could not be more happy.  Joining this dynamo of entertainment on deck were synthesizer gurus and bandmates, Iain Cook and Martin Doherty. While these two take a backseat to Mayberry, their sound and presence are the elevating factors that make CHVRCHES go from an okay band to a great one. Operating from behind two giant neon-lit X-shaped stands, Cook and Doherty might play it coy, but their thump is thunderously cool. Tying it all together is touring musician, and unofficial 4th CHVRCHES member, drummer Jonny Scott — whose skills add that dope oomph that bursts eardrums on the regular.

As expected, CHVRCHES rifled off plenty of singles off their latest LP, Love Is Dead, like “Get Out” and “Miracle.” Nonetheless, the evening’s tone is evenly distributed among the band’s discography. From “Clearest Blue” to “Recover” and “The Mother We Share,”this quartet handed their Dirty South army roughly 100 minutes of entertainment across 18 of their best tunes.

All said and done, CHVRCHES painted the night in Atlanta musically merry and lively. Synths galore and pop amazing was the theme of the night. Lauren Mayberry leads this impressive foursome in blowing minds and kicking ass. From minute one to the very last second on stage, CHVRCHES is full-fledged enthralled in the love of music and the love of their aficionados. The night was lit, the smiles plentiful, and the beers flowing by the ton — all thanks to CHVRCHES and their bewitching anthems. Cheers! 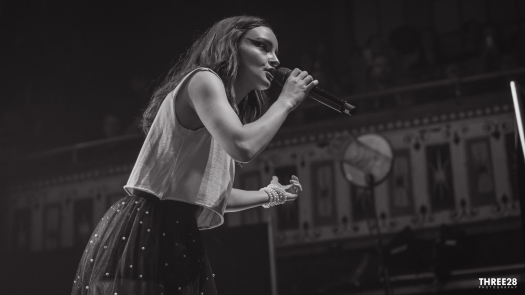 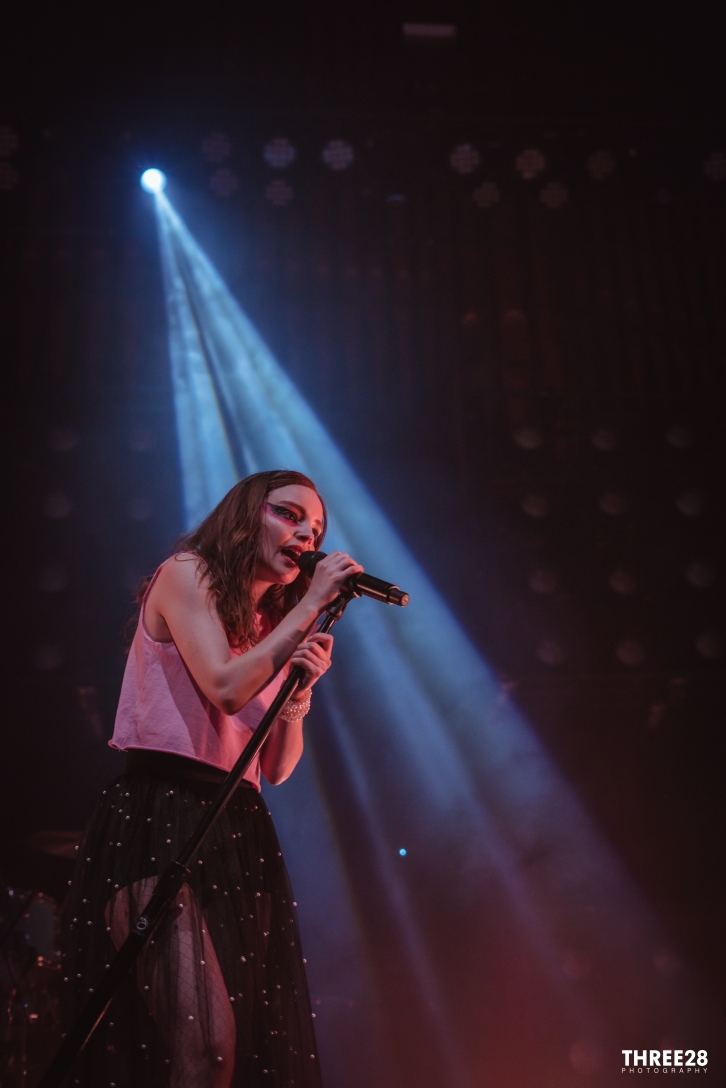