It was British Invasion day in beautiful Atlanta. Straight out of Brighton, England, The Kooks traveled their pageantry and catchy tunes into A-town — to a sold-out attendance. Traveling in support of their fifth LP, Let’s Go Sunshine, Mr. Luke Pritchard and his Kooks mates came into town to conquer hearts, fling out some indie rock melodies, and set in motion a shimmy shimmy vibe for those dancing feet.

These chaps from across the pond are an enthusiastic bunch from the get go. Pritchard, decked in a velvet blazer and all in black, can be seen prancing and gallivanting to the beat with such zeal and devotion for the art of showmanship. The baby-faced rocker is a force of suave musical nature — and he is not afraid to show it. From crooning out the anthems to shredding on his cream-colored Fender, Pritchard is a real-deal entertainer.

Joining Mr. Pritchard on deck was his longtime lead guitarist, Hugh Harris, and his flair for catapulting sweet vibrations to the listening ears. Additionally, all-star drummer Alexis Nuñez sat back and concocted some hi-hats and tom-toms spells that elevated the oomph far and wide — and made the atmosphere a little more rock-n-roll. Lastly, touring bassist, Peter Randall, was a on point and a champ of seamlessly fitting the band dynamic like a glove.

Overall, the Junk of the Heart gang handed over a thrilling 90-minute blast of sheer alt-rock goodness. The onlookers filling The Buckhead Theatre walls were journeyed through the big hits, the deep cuts, some heavy singing, a little swaying, and plenty of smiles. The saying goes: “Let the good times roll” — We’re sure The Kooks abide by this motto when it is time to perform. Utter professionals at the top of their game. 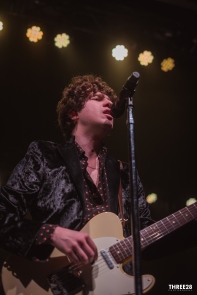 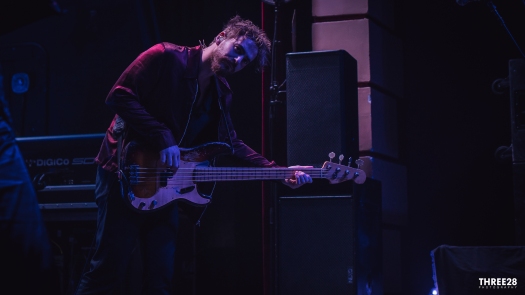 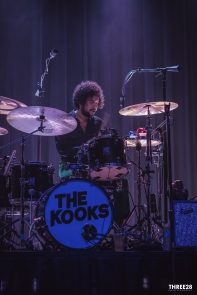